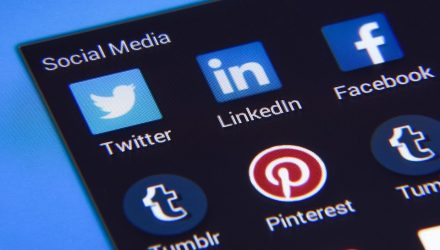 As if Labor Day Weekend barbecue wasn’t enough, lawmakers for the Senate Intelligence Committee and House Energy and Commerce Committee grilled top social media executives today for Twitter and Facebook regarding efforts to parry foreign influence operations on their respective platforms.  The Global X Social Media ETF (NasdaqGM: SOCL) stumbled 3.26% as a result of Twitter falling by more than 6% and Facebook dropping by about 2%.

Twitter CEO Jack Dorsey and Facebook COO Sheryl Sandberg faced a battery of questions regarding foreign influence operations as the November midterm elections near. The Wednesday morning inquiry is a portion of a larger inquiry into Russian interference in the 2016 election.

Sandberg was staunch in her support of Facebook’s efforts to prevent foreign influence. Sandberg’s comments come as the social media giant is facing additional heat from lawmakers regarding the collection of consumer data.

“Let me be clear: we are more determined than our opponents and we will keep fighting,” said Sandberg. “When bad actors try to use our site, we will block them, when content violates our policies, we will take it down, and when our opponents use new techniques, we will share them so we can strengthen our collective efforts. Everyone here knows this is an arms race and that means we need to be ever more vigilant.”

“We were too slow to spot this and too slow to act,” said Sandberg. “That’s on us. This interference was completely unacceptable. It violated the values of our company and of the country we love.”

Likewise, Dorsey felt that Twitter could have made a more concerted effort to decrease influence campaigns.