You are at:Home»Smart Beta Channel»Will Passive Funds Create the Next Market Bubble? 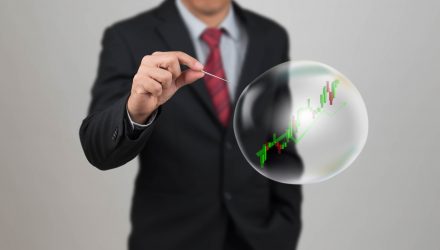 Will Passive Funds Create the Next Market Bubble?

In 2008, it was subprime mortgages coupled with lax lending procedures, but is the next market bubble on the horizon due to inflated stock and bond prices stemming from the proliferation of passive funds? That’s what Michael Burry of Scion Asset Management is foreseeing after his successful bet on the subprime mortgage crisis.

According to Burry, ongoing inflows into passive funds will artificially increase stock and bond prices to the point of a bubble-bursting meltdown.

“Like most bubbles, the longer it goes on, the worse the crash will be,” Burry said. “This is very much like the bubble in synthetic asset-backed CDOs before the Great Financial Crisis in that price-setting in that market was not done by fundamental security-level analysis, but by massive capital flows based on Nobel-approved models of risk that proved to be untrue.”

Burry’s experience with bubbles is well-documented in the book-turned film “The Big Short.” As such, his foresight on passive funds mirrors what he saw prior to the crisis over 10 years ago.

Per a CNBC report, “Low-cost passive vehicles have gained popularity on Main Street. Passive investments have now taken over nearly half of the stock market as more investors shun stock pickers and flock to index funds, according to Bank of America Merrill Lynch. Equity passive funds alone have ballooned to a more than $3 trillion market in less than 10 years, according to Morningstar. These funds mirror just about anything that can be tracked. They include indexes such as the S&P 500 or the Russell 2000.”

“Trillions of dollars in assets globally are indexed to these stocks,” Burry said. “The theater keeps getting more crowded, but the exit door is the same as it always was. All this gets worse as you get into even less liquid equity and bond markets globally.”

Earlier this year, Moody’s Investors Service estimated that passive funds were poised to overtake active funds in terms of market share by the year 2021. Even with lower fees to entice investors, it may not be enough to stem the tide of a strong push toward passive management funds.

“That creates a really bitter cocktail for an industry that never had to worry about fixed costs, fees or money showing up,” Phillips said. “The entire industry has been caught flat-footed. Nobody saw it coming. That sounds a little glib, but nobody acted to get around the corner first.”

Additionally, according to data from Morningstar, passive funds that track an index account for over 30 percent of the market when it comes to funds within the U.S. For Europe, that figure stands at 18 percent and the prevailing trend could be pushing those figures higher moving forward.

In a perfect world, active management can be cheap enough to justify their costs, especially in the ETF world. According to a J.P. Morgan report, ETF fees have fallen 40 percent over the last eight years, but its been passive funds leading the charge compared to their actively-managed fund peers in the space.