You are at:Home»Smart Beta Channel»Will Investors Witness a Reversal of Fortune for Value in 2020? 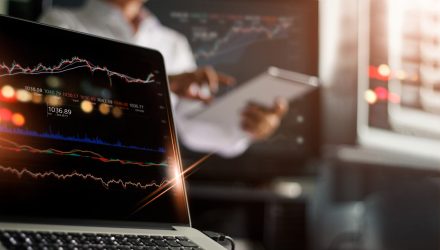 Will Investors Witness a Reversal of Fortune for Value in 2020?

The major U.S. indexes are set to end 2019 with a strong year despite the ebbs and flows of a U.S.-China trade war that’s been keeping investors on edge. When it comes to factors, value hasn’t been reaping the rewards of indexes like the S&P 500 breaking new records, but 2020 could see a reversal of fortune for the value factor.

“We’ve seen more and more people give up on the idea of value investing, which we think is a little strange because we’re in the only major industry in the global macro economy where people hate bargains,” said Rob Arnott, chairman at Research Affiliates on CNBC’s “Trading Nation” segment. “Value has been battered down now for 12 years, most particularly from 2015 to 2019, so the last five years have been daunting. Value is cheap.”

“It’s driven by several narratives. One narrative is that growth is ‘growthier’ than it used to be. Objectively not true. Another is that gross margins are better than they used to be. Objectively not true,” Arnott added. “The narrative that actually explains the performance is that value has been getting cheaper and cheaper. It’s gone from trading at about one-third the valuation multiples of growth stocks to roughly one-eighth the valuation multiple.”

It’s difficult to argue against seeking other factors like growth and momentum to ride the tide of optimism that’s been fueling the markets as of late, especially with a “phase one” U.S.-China trade deal purportedly in place. However, when markets get tested, it’s good to have the value factor on your side to smoothen the ride of volatility. 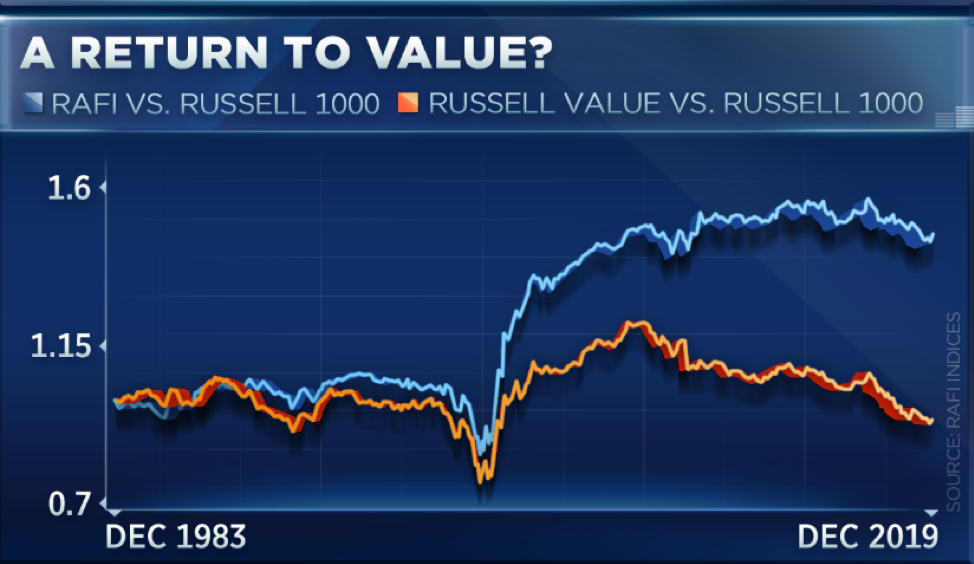 “If there’s an economic slowdown — Warren Buffett famously said when the tide goes out you see who’s standing naked, and growth stocks are built on a presumption of growth,” said Arnott.

VLUE generally will invest at least 90% of its assets in the component securities of the underlying index and may invest up to 10% of its assets in certain futures, options and swap contracts, cash and cash equivalents. The index is based on a traditional market capitalization-weighted parent index, the MSCI USA Index (the “parent index”), which includes U.S. large- and mid- capitalization stocks.