You are at:Home»Smart Beta Channel»Why We Like Europe, Particularly the Eurozone 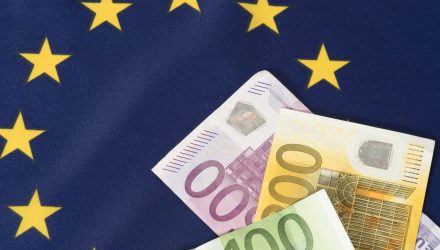 As a firm we’re pretty positive right now on Europe. Our view is that the macro picture has been improving, and continues to do so. We’re forecasting Eurozone gross domestic product (GDP) to grow at 2.3% this year, and a still healthy 1.9% in 2019. That compares pretty favorably to the paltry 0.6% or so average growth we saw from the region in the five years preceding this.

Add in a forecast for still tame, though positive, inflation of 1.5% this year and 1.7% next, tightening labor markets, positive economic sentiment and business surveys, a central bank that still appears to be very focused on providing the support of quantitative easing, and a number of key elections that have passed off relatively smoothly, and it all starts to add up to a reasonably optimistic picture. Or, at least, a very different one to five years ago, when existential risk to the euro was common talk, and Europe appeared to be lurching from one crisis to the next.

However, it’s not just from a macro perspective that we are warming to Europe. We also believe that this should filter through to stock market returns and is reflected in valuations. But, before we get to that, a short digression. U.S. investors accessing Europe need to be careful about exactly what version they are getting. Put simply, there are two key regions that are predominantly tracked – whole Europe, and the Eurozone. And the difference of course is that the former will encompass the major markets throughout the entire continent of Europe, whereas the latter will focus solely on the major markets of countries that have adopted the euro as their common currency.

Does the distinction really matter you might ask. Well, the answer to that is yes, it matters quite a bit. Despite a high degree of weight overlap, and a high correlation of returns, the critical difference is that whole Europe will include the UK, Switzerland, and a few of the Nordic countries. The Eurozone is restricted just to the 10 developed markets of the 19 countries that have adopted the single currency. So anyone gauging the relative merits will have to at least consider their view on the three or four largest European equity markets to decide which is right for them – broader Europe or the more focused Eurozone.