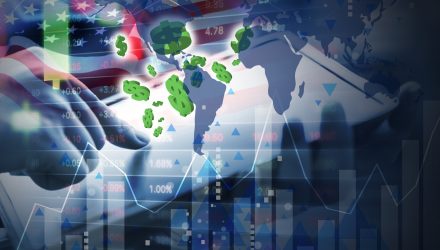 Why U.S. Stocks Are Like Your Favorite Sports Dynasty

In the sports world, it isn’t uncommon to see the same teams at the top of the heap for a few years in a row. It happens so often that there is a term for a team that is a perennial winner (or at least one that is a champion for several seasons in a given time frame): a dynasty.

Unlike a single year or season of strength, dynasties cannot be written off as a fluke or an accident. Sure, part of it can be thanks to sluggish competition—we can all think of that rival team that just can’t seem to get it together—but sustained excellence is never due to a single reason or luck. That is why, when a team is truly dominating, it can be hard to see how their supremacy could be challenged, or a future where the team isn’t on top.

But the thing about dynasties is that they all end eventually.

Sometimes the demise comes from a shift in the competitive landscape, a changing game, or even just plain old age. Either way, the end always comes, and many times, you can only see in hindsight that a shift to a new regime has taken place.

U.S. stocks: the dynasty of the stock world

The same might be said for the equity world. Right now, U.S. stocks are on an incredible winning streak compared to their international peers. The current cycle has U.S. equities in the lead compared to foreign stocks since the end of February 2008.

This represents a span of more than 10 years, the longest such run since at least the early 1970s, and a streak that would make any sports fan jealous. In fact, it is already four years longer than the average run of outperformance we have seen in roughly the past fifty years. And like any good dynasty, it is hard to imagine a world without U.S. equities in the lead.