You are at:Home»Smart Beta Channel»Why A Higher Market PE Shouldn’t Scare You 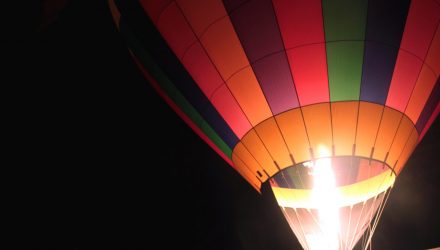 Why A Higher Market PE Shouldn’t Scare You

The price-to-earnings (PE) ratio is arguably the most important—and famous—ratio in all of investing. It is a quick and easy way to tell if markets are cheap, or expensive, compared to historical levels. And unfortunately for PE watchers, ratios have been on the march higher thanks to the long-term bull market and the subsequent appreciation in stocks nearly across the board.

Sure, forward PE ratios have come down a bit to start 2018 thanks to the positive impact from tax reform, but they still appear high by historical standards. This is causing some investors to worry about the path going forward for stocks – are equities getting a bit too pricey?

We think this line of thinking is too simplistic. Investors need to think about the real return, and not just headline numbers. In particular, take a look to what our Chief Investment Officer for the Americas, David Bianco, calls ‘triple net return’. That is, your return after management fees, inflation, and taxes.

Arguably, this is a more holistic way of thinking about the markets. And in some ways, it can help to justify a higher PE multiple. That is because key changes to these three factors over the past few decades could suggest that investors—despite higher PE ratios now—are actually getting a potentially better value for their money today when compared to similar PE environments from decades ago.

This considerable reduction in fees can make a substantial difference; those extra basis points a year accrue right to the investor’s pocket. Such a dramatic decline for fundamentally the same thing helps to promote higher returns on an after-fee basis. And this doesn’t even begin to touch upon the equally stunning drop in trading fees over the same time frame. The democratization of investing has led to huge changes on the fee front.

This is perhaps the most important difference between the market of a few decades ago and today. If we look at monthly inflation over the past 25 years (1993 to 2018), the average year-over-year reading was 2.25%. This compares to a whopping 5.95% for the preceding 25 year period (1968 -1993) [2], and it is a major factor for the difference in real returns between the two time periods.

Such a robust level of inflation eats away at any gains, and it is going to gnaw away at returns after taxes have already been taken out too. This is an extremely important factor, and one that investors today have largely forgotten. It is also a key difference between today’s market and that of a few decades ago, making a lower PE ratio necessary to attract investors in previous decades of the market.

Here is another area of immense change over the past few decades. While income taxes have come down significantly, the keys for investors are in the areas of dividends and capital gains. Here, dividends have gone from a 39.6% rate (ordinary income top bracket) to 20% (again, for the top bracket).