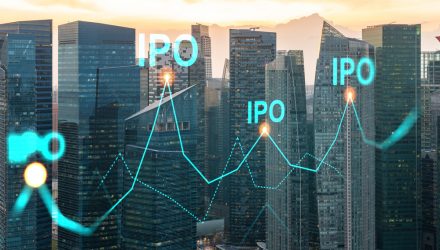 Last year, the pandemic may have tamped down venture capital (VC) funding, but as global economies heal, VC is starting to show signs of life again in North America. This presents an opportunity for ETFs that focus on initial public offerings (IPOs).

So far, in the first quarter of 2021, North America dominated the VC funding landscape while Europe, the Middle East, and Africa (EMEA) collectively showed signs of growth.

“Global venture capital (VC) funding witnessed moderate growth during the first quarter (Q1) of 2021 with North America continuing to attract the highest number of investments, while Europe and Middle East and Africa (EMEA) region witnessed significant growth in deals volume as well as corresponding share, according to GlobalData, a leading data and analytics company,” a GlobalData press release noted.

As the global vaccine deployment continues, investors are slowly regaining confidence. As such, venture capital could be on the rise if the trend continues to persist upward.

“VC funding activity in 2021 started on a promising note with March showcasing a significant jump in deal volume,” said Aurojyoti Bose, Lead Analyst at GlobalData. “This could be attributed to a revival of investor sentiments due to ongoing vaccination programs. Moreover, investor sentiments also seem to be buoyed more notably in March with markets such as the UK nearing the end of lockdown restrictions.”

Getting IPO Exposure via ETFs

ETF investors looking to get broad IPO exposure without the single risk of an individual company can look to the Renaissance IPO ETF (IPO). IPO seeks to replicate the price and yield performance of the Renaissance IPO Index, which is a portfolio of companies that have recently completed an initial public offering (“IPO”) and are listed on a U.S. exchange.