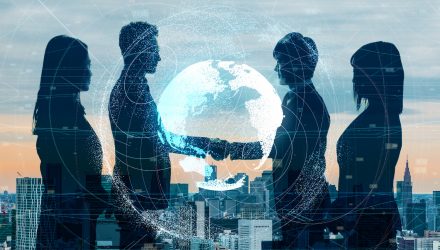 U.S. President Donald Trump’s tweeting paved the way for investors to purchase China-focused exchange-traded funds at a discount. As these ETFs continue to get roiled on the latest trade talk news, it gives investors the opportunity to buy in at a cheap price.

“What Trump did this weekend was give investors an opportunity – it opened up the door,” said ETF Trends CEO Tom Lydon during an appearance on Varney & Co on Fox Business Network on Monday. “Chinese stocks are down 7% (overnight).

“If you want to get right into mainland China, the ticker is ASHR, which is the CSI 300 stocks traded on mainland China, which were down 7% this morning, but they’ve come back a little bit,” added Lydon. “They are up over 40% so far this year. A lot of people looked at this whole thing and have been saying ‘boy it’s happening too fast, I may have missed it’ – here’s the opportunity to get in.”