You are at:Home»Smart Beta Channel»U.S. Elections 2020: Everything will be Obvious, Once You Know the Answers 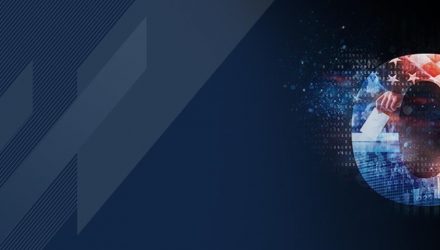 U.S. Elections 2020: Everything will be Obvious, Once You Know the Answers

We also explore some of the many long shadows that former President Ronald Reagan’s victory in 1980 continues to cast.

Can the United States still govern itself? On this, we remain cautiously optimistic, in this unusual election year.

Inside the Oval Office in the West Wing of the White House, the President and his closest advisers are huddled together. There is only a year to go until the President’s re-election bid. The polling picture is mixed at best. Then again, they have come from behind before. Their win last time around? It took everyone inside the Washington beltway by surprise. First the primaries, then, the general election! Not just the pundits. The party’s establishment too. Such an unusual and conservative candidate, the whisper campaign amongst party elites went. Anybody but him, became the battle cry of his last remaining opponents in the primaries. The establishment figures did what they could to stop him. But it was already too late. The ordinary voters had spoken. Not that it seemed to matter to some very influential people, within his own party!

Heck, throughout the President’s first term in office, some of the old guard never stopped grumbling. No matter what the Administration did. Sure, there had been hiccups. Bureaucrats, who resisted. But that was to be expected. The President, after all, had run as an outsider. He was inexperienced in the ways of Washington. The President and his new Chief of Staff (and erstwhile campaign mastermind) would be the first to admit that. That, however, seemed to be exactly what voters had liked about him. A reformer untainted by Washington political scandals.

With one more year to go, the President and his team feel quietly confident they can do it again. Which is when a crisis of epic and previously almost unimaginable proportions hits. Changing everything. From then onwards, the President later tells his Chief of Staff, “it was one crisis after another.”

Well, in fact, you do not have to imagine it. The year in question is history – ancient history, in fact, for those approaching middle age in 2020. And fortunately, the President’s key advisor, strategist and White House Chief of Staff at that time, Hamilton Jordan has left us with a vivid account of how that year unfolded, largely based on contemporaneous notes. Written in an age before such memoirs became popular, Jordan’s “Crisis: The last year of the Carter presidency”[1] is nevertheless a page-turner. It is the first of several book recommendations we will share in this CIO Special and ends (spoiler alert) when Ronald Reagan and his team arrive at the White House on January 20, 1981. Jordan is aboard Air Force One at the time, still very much involved in the Iranian hostage crisis that followed the Islamic revolution in Iran and the fall of the Shah. (The second major crisis that year was the Soviet invasion of Afghanistan.) During a call, he suddenly realizes that Carter is no longer president, a new team is now in charge and Jordan is out of a job.[2]

The elections of 2020 may be unusual in many ways. And yet, our working assumption in putting together this CIO Special is that it will be followed by just another presidential inauguration, in the long line of office-holders dating all the way back to George Washington on April 30, 1789. The current incumbent will either be re-elected or there will be a peaceful transfer of power.

Given the Covid-19 pandemic, it might take a little longer than usual to get the election results, but as we will see, the very idea of knowing who has won on election night is a surprisingly recent development. If the race for control of the Senate is tight, it may take until after January 5, 2021, until there is a clear idea how the new, or the old, administration will govern. All of this should normally go without saying. This will hopefully be the last time we have to issue such a disclaimer when covering an election in the United States.

Finally, a few words on what else this CIO Special will and will not try to cover. Back in 2016, we put together a similar document. It covered how the U.S. political system works, demographic trends and why investors should not put too much stock into campaign promises, especially when it comes to the implications for specific sectors. New administrations tend to take a while to get up and running. Policy priorities change as events intervene. And, as far as legislation or budgets are concerned, nothing much can happen without Congressional action. Our 2016 CIO Special also explained in some detail how U.S. politics evolved since the 1980s and why gridlock had become such a constant complaint. None of these longer-term, structural features has changed all that much. So, rather than cover the same ground once again, we will repeatedly refer to it, when highlighting things we have learned since.

Similarly, we put together an early roadmap to U.S. politics in 2020 and beyond back in January of this year. Among other issues, it analyzes the 2016 results, explains why you can (and should) trust U.S. pollsters and highlights some of our favorite sources of information and indicators worth monitoring. For the present document, we will occasionally quote from it at length, to illustrate how our thinking has evolved.

To conclude this introduction, we should note that this CIO Special only marks the starting point for our coverage of this year’s U.S. elections. We are also planning to comment on events on a weekly or biweekly basis from now on, leading up to the elections. As a result, the rest of this CIO Special will largely stay clear of individual Congressional races we are watching. Instead, it is an early attempt to put this year’s elections in a historical context. 2020, we think, will probably be remembered as the most important election year since… well, 1980.

Download the full CIO Special at the link below:

This information is subject to change at any time, based upon economic, market and other considerations and should not be construed as a recommendation. DWS does not intend to promote a particular outcome to the United States election due to take place in November. Readers should, of course, vote in the election as they personally see fit.