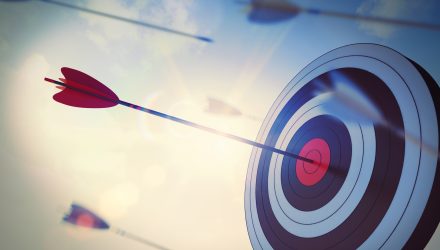 Small-cap stocks and the corresponding exchange traded funds have recently been outpacing their large-cap counterparts prompting some market observers to speculate that smaller stocks could be in for a lengthy period of out-performance.

Some fundamentally-weighted small-cap ETFs could deliver even more impressive returns as more investors revisit the small-cap category. That group of funds could include products such as the PowerShares DWA SmallCap Momentum Portfolio (NasdaqGM: DWAS).

“In the three years ending December 2017, the companies in the S&P SmallCap 600 Index had an average effective tax rate 4.3% higher than the S&P 500 Index,” according to Invesco. “Investors looking for stocks that may experience improved profitability due to US tax reform have turned to the small-cap sector.”

Small-caps are focused on the domestic economy and have less direct exposure to global geopolitical uncertainty and currency risks, as opposed to large-cap companies that have an international footprint, which may be affected by overseas risks and a strengthening U.S. dollar. Additionally, small-cap earnings estimates are improving.