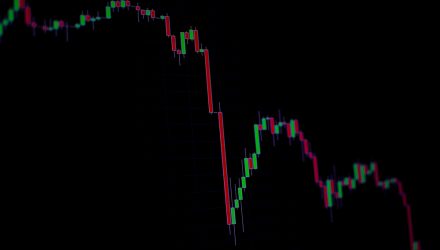 The Lowdown on Drawdowns

The past month, in both the real world and in financial markets, has been volatile, to say the least. While the severity of the current market correction (as of 3/18/20) is just a “mere” 30% and hasn’t reached levels recorded in the 6 largest S&P 500 drawdowns over the last century, the severity and pace of this drawdown, at least a month in, far outpaces all other far more severe economic recessions. Figure 1 illustrates how the pace of this selloff compares to the largest market corrections of the last century.

We’ve all heard the moniker “past performance does not indicate future returns”. Apart from the legal ramifications of the language, the phrase reminds us that expecting what’s happened in the past, and in many cases the recent past, is not a sound basis on which to make investment decisions.

With that in mind, the question comes to mind of why investors are so quick to sell their positions immediately following significant market corrections. For single-stock investors, there is obviously a behavioral finance rationale for doing so, based around ideas such as earnings revisions and price momentum. For investors in the broad market, however, has the same been true? We can try to get an indication of this by observing the correlation between the last month’s return and the next month’s return. If it’s true that past market performance does help predict future returns, then we’d expect these correlations to be positive. Looking at Figure 2, it turns out that over the past 60 years, this correlation has been, on average, about zero.

When we bucket the correlations by the magnitude of the previous month return, there are some interesting takeaways. Although we should be hesitant to put a lot of weight behind what are relatively infrequent occurrences—market declines greater than 20% in 1 month rolling periods accounted for just 30 of over 15,000 datapoints—we find that the correlation between prior 1 month return and next 1 month return has actually been negative in the periods of significant market decline. Figure 2 illustrates this average correlation grouped by the magnitude of the previous month’s returns.

Looking at the long term picture, what has been the historical bias in future returns following periods of market drawdown? We should remind ourselves that typically, absent material structural impediments to the long term trend in earnings growth, market corrections can potentially offer discounted valuations to investors who are willing price takers in these periods of market turmoil. “Figuring Out the Fear Factor” digs into the fundamental reason why market drawdowns are often too severe through the lens of fundamentals and valuations. While there’s no guarantee of a repeat of history, we can observe that (see Figure 3) historically, investors who have bought during episodes of drawdown in the S&P 500 have, on average, realized materially higher returns over subsequent 1, 3, and 5 year periods. It’s worth noting that drawdowns greater than 30% (the S&P 500 has drawn down 29.18% as of 3/18) are relatively rare, having occurred in roughly 7% of observations over the past 60 years.

Figure 3. Average S&P 500 price returns for given levels of market drawdown over the next 1, 3, and 5 year periods