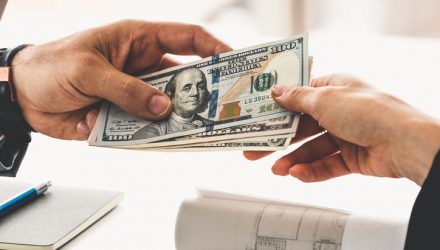 The ECB, the Fed, Rates, Yields and Currencies

Even though central banks were once again among the most important drivers of capital markets in 2019, it would certainly be a vast exaggeration to call the European Central Bank (ECB) Council meeting next Thursday eagerly awaited. ECB President Christine Lagarde’s medium-term determination may be undoubted but her short-term room for maneuver is very limited. “We don’t expect any surprises, the ECB’s monetary policy is virtually on autopilot,” says Ulrike Kastens, DWS economist. She adds: “The ECB is waiting and seeing how and whether the measures from the September decisions work. Questions about the negative side effects of its interest-rate policy are likely to continue to be answered by references to the still dominant positive effects. However, the need or not for monetary-policy change is certainly being carefully evaluated. Given that leading indicators only now appear to be bottoming out and a risk of further deterioration remains, the outlook is likely to stay cautious, with an easing bias.”

Chairman Jerome Powell has also set the bar for an interest-rate move by the U.S. central bank, the Fed, quite high. We don’t think he is keen to raise interest rates controversially in an election year. But even keeping interest rates where they are might be seen as controversial by some – the U.S. President, for example, wants even more stimulus, despite record employment.

So if neither central bank is likely to take rates higher this year nor surprise with cuts as they did in 2019, can we expect a general standstill in both interest rates and the exchange rate? Our Chart of the Week shows how much the base-interest-rate gap between the Fed and ECB affects the yield differential between the two nations for both 2-year and 10-year government bonds. If central banks are passive this year, the yield differentials will lack the important influence that base-rate changes normally exert. But what does this mean for the exchange rate between the euro and the U.S. dollar? It might seem that the current yield premium on the American side of the Atlantic must surely propel dollar appreciation? But the chart shows that the degree of synchronization in the currency pair is far less compelling, and on a daily basis even negligible. The yield gap between U.S. and German 2-year bonds stood at 3.5 percentage points at the end of 2018 and has since dropped to 2 percentage points, where it was at the beginning of 2018. But that has not hurt the dollar against the euro – on the contrary, it strengthened. In short, it would seem that central banks hardly need to worry about their near-term influence on exchange rates.