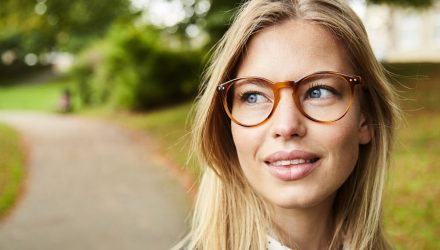 Just over 18 months old, the SPDR Gender Diversity Index ETF (NYSEArca: SHE) is proving to be a success story among exchange traded funds emphasizing environmental, social and governance (ESG) principles.

SHE seeks to track the performance of the SSGA Gender Diversity Index, which comprises listed U.S. large capitalization companies with the highest levels within their sectors of gender diversity on their boards of directors and in their senior leadership.

SHE “offers an effective way to invest in firms that have a greater number of women represented in the upper echelons of their organizations relative to their sector peers,” according to Morningstar. “This exchange-traded fund’s index ranks large- and mid-cap U.S. stocks on a few ratios that measure the number of women to men in executive and board roles and targets those with the highest scores representing 10% of the collective market capitalization in each sector. While this approach could, in theory, lead to a lack of gender diversity by favoring firms with leadership teams principally composed of women, in practice, we’re a long way from this becoming an issue.”

SHE holds 170 stocks. The ETF’s largest sector weight is just over 20% to technology. Healthcare and consumer staples combine for over 31% of SHE’s roster. Consumer discretionary and financial stocks combine for 23% of the fund’s weight. SHE is up 11.2% year-to-date.