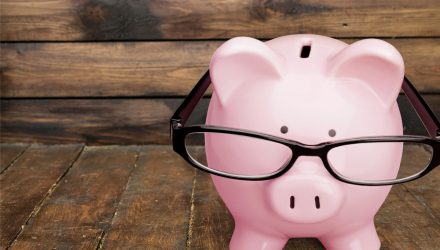 As has been widely documented this year, value stocks are trailing their grown and momentum counterparts in a big way. Exchange traded funds dedicated to value stocks are lagging due to, among other reasons, large weights to energy or financial services stocks or both.

While the financial services sector is higher on the year, it is lagging the S&P 500. Add to that, energy is the worst-performing sector in the U.S. this year. Still, some market observers believe it is a matter of when, not if, value stocks bounce back against growth and momentum.

Value stocks usually trade at lower prices relative to fundamental measures of value, like earnings and the book value of assets. On the other hand, growth-oriented stocks tend to run at higher valuations since investors expect the rapid growth in those company measures, but more are growing wary of high valuations, especially as the U.S. equities market moves toward the ninth year of an extended bull run.

Popular value ETFs include the iShares MSCI USA Value Factor ETF (NYSEArca: VLUE). VLUE “seeks to track the performance of an index that measures the performance of U.S. large- and mid-capitalization stocks with value characteristics and relatively lower valuations, before fees and expenses,” according to iShares.

“If Washington cannot rescue value, eventually investor excess will,” said BlackRock in a recent note. “When value outperformed in late 2016, it was the exception that proved the post-crisis rule: This has been a growth-led rally. Growth has trounced value since the market bottomed in early 2009. As a result, the relative value gap between the two styles is back to levels last seen at the peak of the late 90s tech bubble.”