You are at:Home»Smart Beta Channel»Smart Beta and Dividends Meet Here 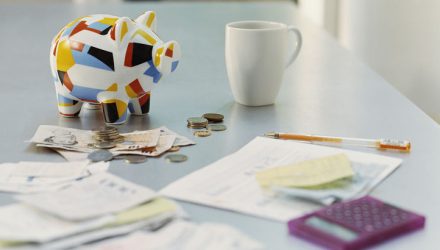 Exchange traded funds focusing on dividends are among the largest contributors to growth in the smart beta space and some of these funds, such as the WisdomTree LargeCap Dividend Fund (NYSEArca:DLN), have lengthy track records of delivering for investors.

DLN’s underlying index, the WisdomTree LargeCap Dividend Index (WTLDI), “is dividend weighted annually to reflect the proportionate share of the aggregate cash dividends each component company is projected to pay in the coming year, based on the most recently declared dividend per share,” according to WisdomTree. Translation: DLN eschews weighting by dividend increase or yield, the latter of which can lead investors toward stocks vulnerable to dividend cuts.

“So far, the fund’s approach has paid off. Over the trailing 10 years through June 2017, it bested the large-cap value Morningstar Category average and Russell 1000 Value Index by 1.0 and 0.8 percentage points, respectively, with lower volatility. The fund’s consumer defensive sector overweighting and financial sector underweighting contributed the most to its outperformance,” according to a Morningstar note.

Additionally, dividend-paying stocks typically outperform those that do not pay over the long haul, with less volatility, due to the compounding effect of dividends on the investment’s overall return.

Over the past 40 years, companies that boost payouts have proven to be less volatile than their counterparts that cut, suspended or did not initiate or raise dividends.