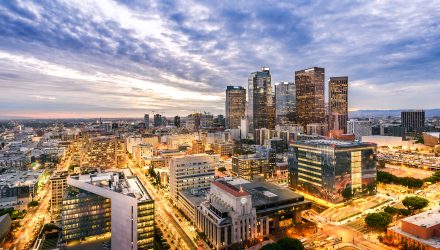 FNDA is up 8.68% year-to-date. The ETF has a value tilt. Value stocks usually trade at lower prices relative to fundamental measures of value, like earnings and the book value of assets. On the other hand, growth-oriented stocks tend to run at higher valuations since investors expect the rapid growth in those company measures, but more are growing wary of high valuations.

FNDA “offers broad exposure to small-cap U.S. stocks but weights them on fundamental measures of size, including sales (adjusted for leverage), retained operating cash flow, and dividends plus share buybacks, rather than market cap,” said Morningstar in a note out Friday. “This causes the fund to tilt toward stocks trading at low multiples of these metrics and away from stocks trading at higher valuations. However, it does not exclude growth stocks.”

FNDA holds nearly 900 stocks. The ETF allocates 20.8% of its weight to industrial stocks while the consumer discretionary and financial services sectors combine for almost 31% of its weight. Over the past three years, FNDA slightly trailed the Russell 2000 Index, but the Schwab ETF was also less volatile than the small-cap benchmark.

“From its inception in August 2013 through August 2018, the fund outpaced the Russell 2000 Value Index by 1.39 percentage points annualized. However, it slightly lagged the Russell 2000 Index by 7 basis points annually, owing to a stretch of underperformance in the past year, which stemmed partially from its underweighting of the healthcare sector,” according to Morningstar.