You are at:Home»Smart Beta Channel»As the Small Cap Rally Persists, Get On Board with ‘FSMO’ 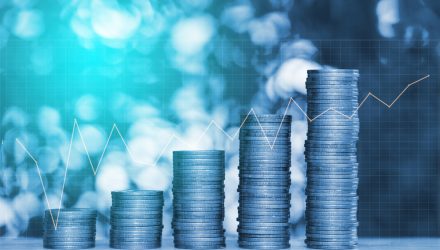 As the Small Cap Rally Persists, Get On Board with ‘FSMO’

The Russell 2500 is up 16% midway through 2021, highlighting small cap strength, which is propelling gains in assets like the Fidelity Small-Mid Cap Opportunities ETF (FSMO).

“Beaten up US small-cap value stocks outperformed large-cap growth ones by the largest margin since the depths of the second world war in the six months to the end of March, data show,” a Financial Times report said. “The remarkable bounceback comes after a lengthy period in which small-cap and value stocks have undershot the broader market, despite both being widely recognised in academic papers as investment “style factors” that have historically generated long-term outperformance.”

The actively managed FSMO seeks long-term growth of capital. The fund operates pursuant to an exemptive order from the Securities and Exchange Commission (Order) and is not required to publicly disclose its complete portfolio holdings each business day.

An Eye on Small Cap Value

With a focus on fundamental analysis, FSMO can capture value-oriented small cap companies. Small cap value has been on a tear as compared to large cap growth.

“The return difference [in the six months to March]was pretty eye-catching. It was extreme and it was pretty commonplace around the globe,” said Wes Crill, head of investment strategists at Dimensional.

Adding that component of value can help smooth out volatility since small caps can be more susceptible to market movements.

“We stretched the rubber band a long way in [the market]dropping 32 per cent in 23 days in March, and you can rest assured that small-cap value probably went down twice as much relative to large-cap growth,” said Jim Paulsen, chief investment strategist at the Leuthold Group.

“The forces of recovery, when we found that the pandemic wasn’t going to kill our civilisation or last for five years, meant we would see a strong snapback in the things that were most affected,” added Paulsen. “We can’t have gone through another period in history where we went from depression-like collapse to wartime boom within a year.”