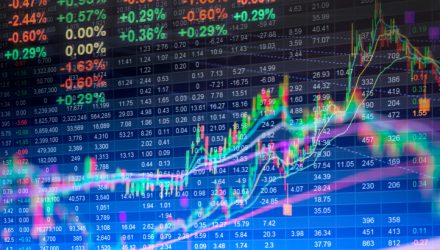 A smart beta exchange traded fund that focuses on quality companies with a competitive advantage may serve as a stable long-term play, and its weighting methodology also helped provide some short-term surprises as well.

However, this wide moat narrative was largely pushed to the side over the second quarter as the specific sector tilts and targeted company plays helped the funds outperform.

“Through the end of the second quarter, the index outpaced its benchmark by nearly 5 percentage points. Although stock selection has historically driven the lion’s share of excess returns, the narrative was different in the second quarter. Instead, sector allocation positioning accounted for 71% of excess returns,” according to a Morningstar report.