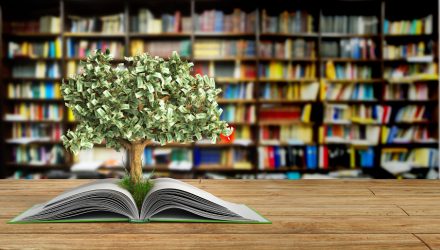 Searching For Opportunity With Value ETFs

A prominent theme among U.S. equity exchange traded funds this year is the laggard status of the value factor. Just look at the Vanguard Value ETF (NYSEArca: VTV). VTV, the largest value ETF by assets, is up just over 4% while the S&P 500 is higher by more than 9%.

“VTV has produced a 7.81% return since inception in 2004, enough to beat the S&P 500 over that same time period. Helping the return is the ETF’s low costs. Vanguard funds typically have some of the lowest fees in their class, and that’s the case with VTV, which charges a mere 6 basis points for this exposure,” according to Investor Place.

A noteworthy competitor to VTV is the Guggenheim S&P 500 Pure Value ETF (NYSEArca: RPV). The value play may be seen as a basic type of enhanced or smart beta ETF strategy that specifically targets value stocks that tend to trade at a lower price relative to fundamentals, like dividends, earnings and sales. Along with the simple pure value play, such as RPV, the other value-focused ETFs may also incorporate other factors in their screening process.

RPV’s “methodology also juices returns. Since inception in 2006, RPV’s underlying index of “pure value stocks” has beaten the S&P 500 Value index by more than 2% annually. The same can be said for the past one-, five- and 10-year periods,” notes Investor Place.