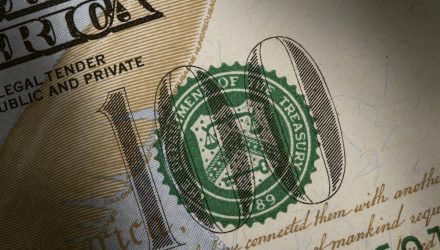 The 50-basis point rate cut by the Federal Reserve on Tuesday didn’t do much to stifle the U.S. dollar in Wednesday’s trading session, which must have had greenback traders hollering with glee. Amid the uncertainty that is known as the coronavirus, the dollar is still proving to be a safe haven despite the central bank’s surprise rate cut.

The U.S. Dollar Currency Index (DXY) via Trading View was up 0.23% as the Dow Jones Industrial Average closed the day over 1,000 points: 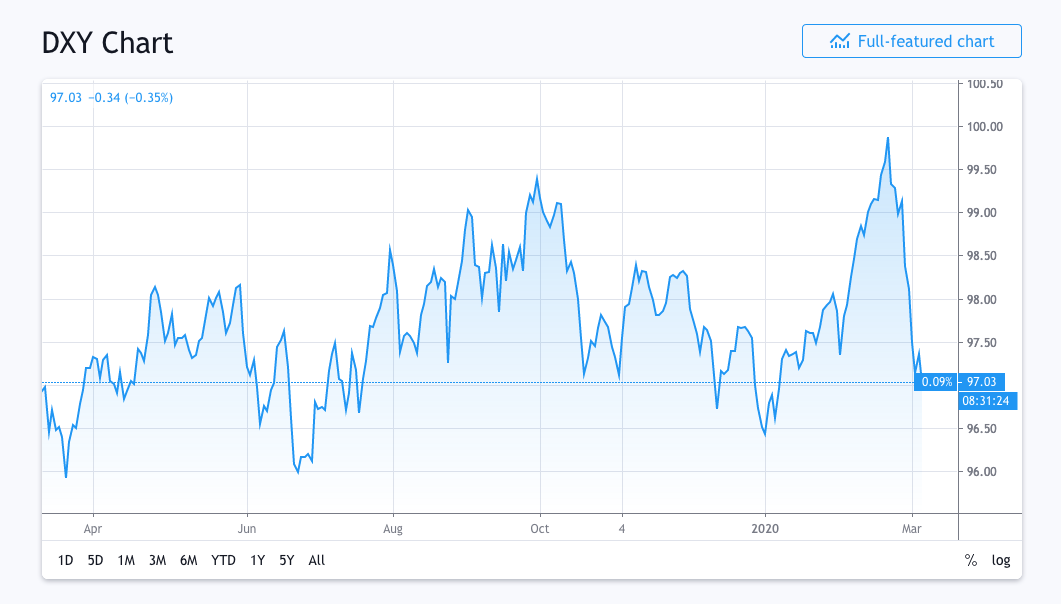 The reprieve from its recent weakness allowed bullish dollar backers to breathe a sigh of relief, but what the dollar does from here could fall in the hands of the central bank moving forward.

“We are looking at how the central bank community is going to react now,” said TD Securities’ European Head of Currency strategy, Ned Rumpeltin.

The U.S. central bank has often set the precedent on how other central banks around the world react, but even the most observant market analysts are unsure of what lies ahead. More than likely, the Fed will keep its scissors sharpened.

“We are expecting the unexpected. We are not taking anything for granted here,” Rumpeltin added.

For other market mavens, the recent moves down by the U.S. dollar are reflecting what’s happening with the euro, which has been hitting highs against the dollar.

“The dollar’s weakness is reflected in the euro because the Fed will likely ease more than the ECB,” said Masafumi Yamamoto, chief currency strategist at Mizuho Securities in Tokyo.

Furthermore, with rates in the negative territory in Europe, this allows for more cutting by the U.S. Fed.

“That the ECB has far less room than the Fed to lower the short-term policy rate is obvious. U.S. short term rates, therefore, look to converge on those in Europe, which we think is enough to briefly push EUR/USD to 1.15 in the second quarter,” Carsten Brzeski, chief economist at ING Germany said in a note Tuesday.