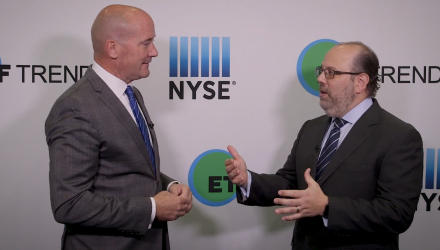 ETFs have grown up on traditional beta-index products, but now, a growing group of investors and advisors are looking for more. Consequently, the industry has come out with alternative investments based on customized indices, or smart beta ETF strategies.

“I think what you’re seeing is people looking not just to replicate an index but outperform. You have some drivers and some ability to help perform. If you want to differentiate yourself form advisor A from advisor B, how do you do that? Well you can do it in the services you offer but you can also be the products that you put into your portfolios to potentially generate more alpha for a client over the long term,” said Ed Rosenberg, Senior Vice President, Head of ETFs, for American Century, at the Charles Schwab IMPACT 2018 conference.