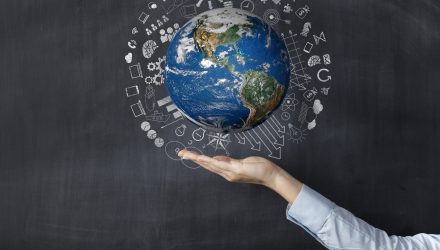 As has been widely documented, value stocks are struggling this year, but the broader market’s October woes are plaguing once beloved growth and momentum fare, potentially opening the door for a long-awaited value resurgence.

Some investors have been turning to value exchange traded funds, such as the iShares Russell 1000 Value ETF (NYSEArca: IWD), as shelter-from-the-storm plays amid October’s increased volatility. IWD is off almost 4% year-to-date.

“Investors poured $423 million into the $35 billion iShares Russell 1000 Value ETF, ticker IWD, last week, the second largest weekly inflow this year and most since July,” reports Bloomberg. “The BlackRock Inc. fund has taken in $580 million in October, putting it on pace for its best month of inflows this year. It tracks the Russell 1000 Value Index, which is made up of stocks with low price-to-book ratios.”

Conventional wisdom dictates that, over the long-term, value stocks outperform. Well, the length of the current bull market in U.S. stocks qualifies as “long-term,” and for much of this move higher, value stocks have been trailing their growth counterparts.