You are at:Home»Smart Beta Channel»Passive Funds Poised to Overtake Active Funds by 2021 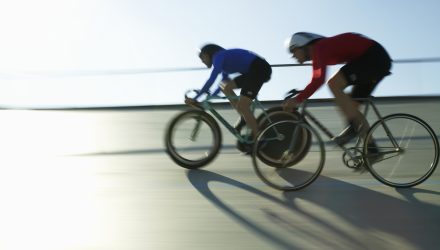 Earlier this year, Moody’s Investors Service estimated that passive funds were poised to overtake active funds in terms of market share by the year 2021. Even with lower fees to entice investors, it may not be enough to stem the tide of a strong push toward passive management funds.

“That creates a really bitter cocktail for an industry that never had to worry about fixed costs, fees or money showing up,” Phillips said. “The entire industry has been caught flat-footed. Nobody saw it coming. That sounds a little glib, but nobody acted to get around the corner first.”

Additionally, according to data from Morningstar, passive funds that track an index account for over 30 percent of the market when it comes to funds within the U.S. For Europe, that figure stands at 18 percent and the prevailing trend could be pushing those figures higher moving forward.

In a perfect world, active management can be cheap enough to justify their costs, especially in the ETF world. According to a J.P. Morgan report, ETF fees have fallen 40 percent over the last eight years, but its been passive funds leading the charge compared to their actively-managed fund peers in the space.

The report stated that active ETFs saw a nine basis point decline in fees as passive funds since 2014, but just a 15 percent drop on average versus 32 percent for passive funds. Also, a rebranding of existing core products also sees a rise to capture more investor capital.

Investor preferences for these low-cost options have certainly spurred this movement to bargain base expense ratios.

“Should all active managers survive?” said Kathrin Hamilton, a partner at Baillie Gifford, an Edinburgh-based investment manager. “A lot of firms have been focusing on accumulating assets rather than delivering outcomes for their clients. If there is indeed a shakeout, let’s not assume that’s a bad thing.”