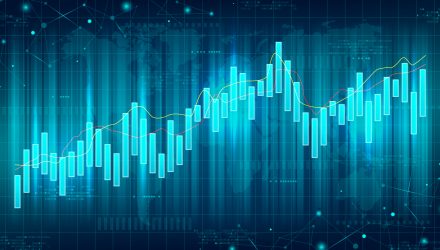 For most of this current bull market, growth stocks have outperformed value fare, but some market observers believe that scenario could be poised to change. A new exchange traded fund offers investors leverage to a value rebound with the added benefit of the quality factor.

The Xtrackers Russell 1000 US QARP ETF (NYSEArca: QARP) debuted earlier this month. The smart beta ETF tries to identify companies that have strong quality scores relative to their peers while also looking at the value scores of the securities to avoid companies that are potentially over-priced. The quality focus also seeks to avoid so-called value traps, or companies with favorable valuation metrics as they approach bankruptcy, that a pure value exposure would likely fall into.

“’Value’ stocks typically boast low price-earnings ratios and other traditional assessment metrics, often looked upon as undervalued relative to its underlying fundamentals. ‘Growth’ stocks are often considered those whose earnings are expected to increase at an above-average rate but don’t necessarily boast the same strong fundamental backdrop,” according to CNBC.

Related – VictoryShares: Not All ETFs with “Volatility” in the Name are Equal

QARP’s value factor is based on a company’s valuation ratios and identifies stocks that have low prices relative to their fundamental value and that provide the possibility of excess returns.