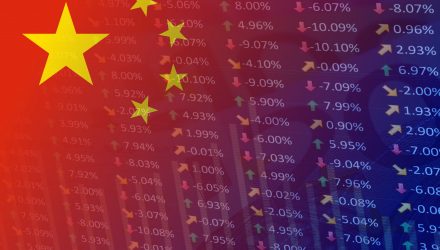 Get the Best Exposure to China With These 2 ETFs

In certain aspects, heading overseas for vacation purposes is a lot like investing overseas–both require a lot of planning, especially given the vast array of opportunities. That’s where the assistance of market experts like Luke Oliver, Head of U.S. ETF Capital Markets for DWS help make planning for international investing a lot simpler, particularly if you’re looking at China.

During a media call, Oliver offered his thoughts on how investors can best navigate the international markets given the number of challenges on the horizon, such as slowing global growth. Most recently, the International Monetary Fund (IMF) cut its global growth forecast to the lowest level since the financial crisis, citing the impact of tariffs and a weak outlook for most developed markets.

“The global picture is still fairly robust,” said Oliver during a media call.

“We all intuitively know that China will be the largest economy in the world–it’s not ‘will it be,’ it’s ‘when it will be,'” said Oliver.

However, Oliver alludes to the benefits of this move, such as having better quality debt in China.

“We’re going to see this continued growth, but it’s going to be better quality growth in China,” said Oliver.

China equities have also been the beneficiaries of index provider MSCI Inc. announcing recently that it would quadruple its weighting of large-cap Chinese shares in its benchmark indexes. In a press release, MSCI Inc. said it would increase the weight of China A shares in the MSCI Indexes by increasing the inclusion factor from 5% to 20% in three steps.

The decision came after an extensive global consultation with a large number of international institutional investors, including asset owners, asset managers, broker/dealers and other market participants worldwide. MSCI said the proposal to increase the weight of China A-shares garnered overwhelming support from investors.

One ETF to consider is the Xtrackers Harvest CSI 300 China A ETF (NYSEArca: ASHR) as a way for investors to gain exposure to China’s biggest, best and most authentic equities via the country’s A-shares. ASHR seeks investment results that track the CSI 300 Index that is designed to reflect the price fluctuation and performance of the China A-Share market.

“These are the stocks that are going to be reactive to China policy and China sentiment–most portfolios are missing these,” said Oliver. “It’s a really critical point because you’re missing a lot of these companies and not diversified enough in these companies.”

“A-shares give you a lot more diversification and lot of more exposure to the actual Chinese economy,” said Oliver.

For investors seeking broad-based exposure, they can look to the Xtrackers MSCI All China Equity ETF (NYSEArca: CN), which seeks investment results that correspond to the performance of the MSCI China All Shares Index. This index captures the large- and mid-capitalization representation across all China securities listed in Hong Kong, Shanghai and Shenzhen.

“China historically has been complex, vulcanized market–this product just makes it simple,” said Oliver. “When you buy this fund, you’re getting all of the Chinese companies. It’s a little bit like buying the S&P 500 for the U.S.”