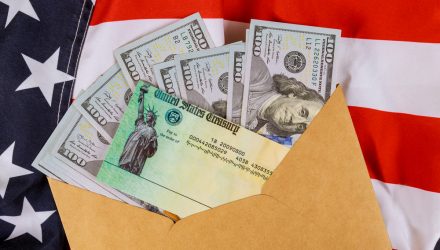 “Learn to save money for a rainy day,” is the kind of advice many children get from their parents and grandparents at a young age. This rule applies not only to a child’s pocket money, but also to government finances. There is usually a strong correlation between the business cycle and the state of government budgets. In good times, tax revenues are high and government expenditures on social security systems low. It is the other way around during recessions. This relationship has been stable for decades, as our “Chart of the Week” shows. It compares the U.S. budget balance with the unemployment rate.

In view of the rapidly increasing number of infections, many private households and companies are likely to face dire straits in the coming months. Eventually, vaccines should help. In the meantime, though, most hopes are once again directed toward finance ministries, and not just in the United States, where a new administration will take over next week.

“The likelihood of further U.S. stimulus packages has risen sharply due to the outcome of the Georgia Senate elections,” says Christian Scherrmann, U.S. Economist at DWS. We expect, among other measures, an increase in aid payments to households as well as aid for states and municipalities in the coming months.

From an economic point of view, one can certainly argue about the timing of some of the measures taken in recent years.[1] In contrast to Germany, for example, the U.S. government had by no means been penny-pinching for a rainy day all the while, let alone during the fiscal emergency it has faced with the pandemic. Just think of the corporate tax cuts at times of boom and high budget deficits under the last administration. Whether U.S. government finances will be put on a sounder footing during the next recovery is likely to depend less on economic than on political considerations. Scherrmann points to the very tight majority in the Senate. “Unfortunately, political science shows politics rarely works the way an economist might wish.”[2]

This information is subject to change at any time, based upon economic, market and other considerations and should not be construed as a recommendation. DWS does not intend to promote a particular outcome to the U.S. election due to take place in November. Readers should, of course, vote in the election as they personally see fit. Forecasts are not a reliable indicator of future performance. Forecasts are based on assumptions, estimates, opinions and hypothetical models that may prove to be incorrect.
DWS Investment GmbH as of 1/12/21