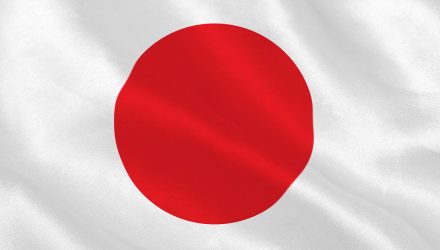 Japanese stocks and the relevant exchange traded funds have been decent performers this year even as the yen has traded higher against the dollar. For example, the Deutsche X-trackers MSCI Japan Hedged Equity ETF (NYSEArca: DBJP) has recently been showing signs of momentum, including a 2% gain over the past week.

“Japan’s growth momentum strengthened in 2Q17 (April to June), fuelled by strong credit growth and the  tightest labour market conditions in decades,” according to Fitch Ratings. “The 1% pick-up in growth in 2Q17 (after 0.4% in 1Q17) has been bolstered by a steep acceleration in domestic demand. Consumption and investment are gaining traction, growing at their fastest pace in more than three years.”

The Bank of Japan’s loose monetary policies along with a wider rising rate differentials between the U.S. and Japan could support a depreciating Japanese yen currency over the short-term, which would bolster the export-heavy Japanese market.

“We believe the Japanese economy is  responding to exceptionally loose monetary policy, as reflected in credit growth to businesses, which has hit an 11-year high recently,” said Brian Coulton, Chief Economist at Fitch.

The $1.7 billion DBJP tracks the MSCI Japan US Dollar Hedged Index, which “is designed to provide exposure to Japanese equity markets, while at the same time mitigating exposure to fluctuations between the value of the U.S. dollar and Japanese yen,” according to Deutsche Asset Management.