The Japanese Yen is Moving Higher: Good Sign for "DBJP"?
You are at:Home»Smart Beta Channel»Meet the DBJP, A Safe Currency ETF for Uncertain Times 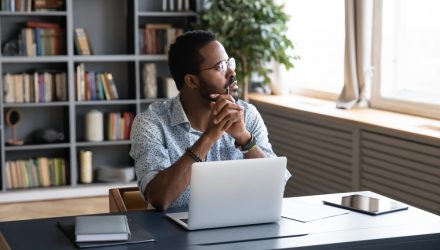 Meet the DBJP, A Safe Currency ETF for Uncertain Times

When the U.S.-China trade wars were at their zenith, the Japanese yen was a safe haven currency for U.S. and Chinese investors. The COVID-19 pandemic has since changed that, but Japanese equities exposure with a currency hedging component are still possible via the Xtrackers MSCI Japan Hedged Equity ETF (DBJP).

DBJP will invest at least 80% of its total assets in component securities (including depositary receipts in respect of such securities) of the underlying index. DBJP’s expense ratio comes in at 0.46%.

The fund has been rebounding nicely since the pandemic sell-offs in March, and if the world’s third largest economy can continue its trajectory, then DBJP stands to benefit in 2021.

The Yen as a Safe Currency

“Having burnished its traditional image as a global safe haven during the coronavirus pandemic, Japan’s yen is attracting fresh interest as the highest yielder among the three major currencies,” a Reuters article said. “The past few weeks have seen the yen hit multi-month highs as news broke of a Biden presidency and a possible COVID-19 vaccine, which is at odds with its tendency to weaken when investors seek risk and growth prospects.”

“Analysts cite two big reasons driving a wave of money into yen markets. As a net creditor nation in a world of fiscal profligacy, the yen has retained some of its safe-haven credentials,” the article added further. “In addition, as interest rates in Europe and the United States plunge, Japanese government bonds (JGBs) offer comparatively higher returns, in particular, on an inflation-adjusted basis.”

“Investing in the U.S., outside of the equity market, is less attractive than what they can engineer in the JGB market,” said Chris Weston, head of research at Pepperstone in Melbourne.

The article further noted that the “change in the yen’s fortunes was brought about by the U.S. Federal Reserve’s sharp monetary easing, which wiped out returns in dollar-based assets. Japanese investors lost their big appetite for overseas investments as domestic yields became higher than those available abroad.”

“The Fed has changed the dynamics,” Weston said.