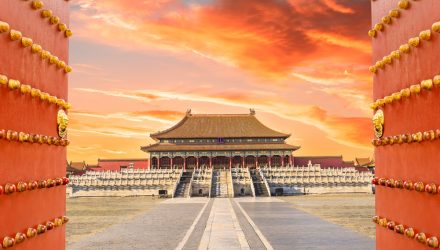 Is China’s Economy Poised for a Comeback in Q2?

As the rest of the world is still implementing measures to control the spread of the coronavirus pandemic, China is well into its recovery process, and economists in the country are brimming with optimism of a second quarter rebound. This forecast comes after China may experience its worst first quarter since the end of the Cultural Revolution in 1976.

This, in turn, is applying pressure on the government’s shoulders to do what’s necessary in order to get the economy back on track. This includes addressing a growing unemployment problem.

“A second quarter bounce back would also leave the door open, if only a crack, for the Chinese Communist Party to achieve its goal of doubling the size of gross domestic product (GDP) between 2010 and 2020 – a target that analysts estimate would require a minimum growth rate of 5.6 per cent for the full-year,” a South China Morning Post report noted. “The economy’s performance in the second quarter – the period from April to June – will be crucial for the government to get the economy back on track, analysts at Citic Securities, the country’s largest brokerage, wrote in a research note published on Tuesday.”

“The second quarter might be an important turning point, as there will be a significant rebound of economic activity from the first quarter,” Citic analysts Zhu Jianfang and Cheng Qiang said. “In the third and fourth quarters, the headline economic growth rate could return to the normal track of 6 per cent or higher.”

While companies can gain access to the largest companies in China via the broad-based iShares China Large-Cap ETF (NYSEArca: FXI), there is one caveat–the majority of the holdings in the guts of the ETF consist of state-owned enterprises where the government prevents full autonomy of these companies.

For exchange-traded fund (ETF) exposure to China, one ETF to consider is the Xtrackers Harvest CSI 300 China A ETF (NYSEArca: ASHR) as a way for investors to gain exposure to China’s biggest, best and most authentic equities. ASHR seeks investment results that track the CSI 300 Index that is designed to reflect the price fluctuation and performance of the China A-Share market. In essence, it’s composed of the 300 largest and most liquid stocks in the China A-Share market, including small-cap, mid-cap, and large-cap stocks.

Without a majority of its holdings in state-owned enterprises compared to FXI, ASHR provides a more authentic and diversified representation of gaining access to the world’s second-largest economy.