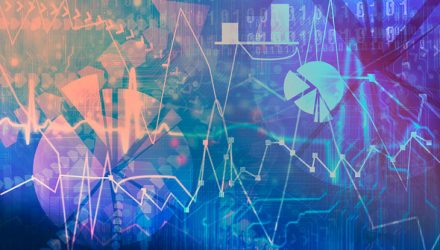 Investors: Why You Should Consider Factor Investing

Figure One shows a simple framework to think about this question, including highlights of some of the main features offered by three principal styles of investing – Active, Passive, and Alternative – and why from our view factor investing arguably sits at the intersection of all three, neatly encompassing some of their individual merits into one style.

Taking Active first, clearly the intent of this approach is to beat a benchmark. And, putting aside the voluble debate whether or not it achieves that, the fact is that factor investors also try to beat a benchmark too (generally the “vanilla” market cap starting universe). After all, there would be little point in undertaking either Active, or Factor, investing if that wasn’t the goal. Hence, our placement of “Benchmark Outperformance” in the Active circle. 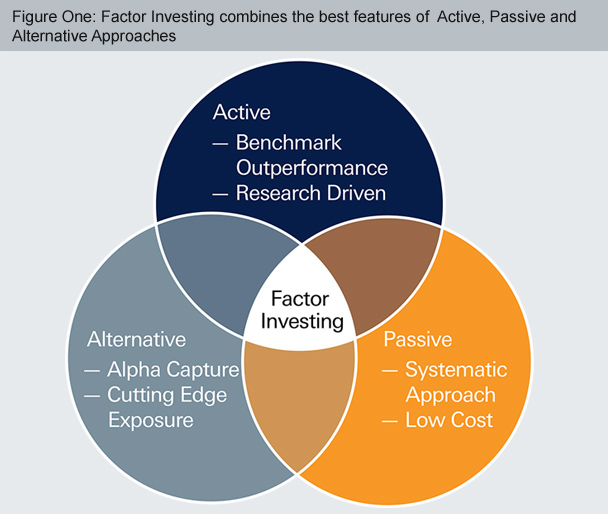 Our other bullet, “Research Driven”, underscores our thinking that an overlap often exists between the two approaches because both tend to use corporate accounts, albeit in different manners. Among other things, an Active investor may undertake a Discounted Cash Flow (DCF) analysis for example, in which a company’s sales, costs and earnings are scrutinized and forecasted in an attempt to draw conclusions from the value of the stock today. In a similar vein, certain factors, including value and quality most obviously, also rely on accounting data. The former compares it to market price to gauge relative “attractiveness”, and the latter places greater weight on profitability, earnings quality, asset efficiency etc. – just as an Active manager might – and prefers stocks that exhibit those characteristics.

Two key differences between these approaches we would argue are that, first, Active management typically incorporates subjective views into its analysis (sales forecasts as an example), whereas factor investing ordinarily is rules-based (broadly speaking two factor investors following the same methodology will prefer the same stocks). And, second, Active managers are often “inch wide and mile deep” in their approach, as opposed to factor investor’s which are “inch deep and mile wide” taking on the world. In other words, Active managers generally hold fewer positions in very deeply scrutinized companies, while factor investing usually involves holding a greater number of positions often on the basis of some simply defined characteristics.

Moving to Passive, it’s clear why factor investing has the first feature, “Systematic Approach“, in common. Whether it’s a mutual fund, or an ETF, simply tracking an underlying index, or whether it’s a factor strategy that has any number of complex twists, a common feature is a rules-based approach. Simply put, there is typically no scope for following anything other than the mandated strategy.