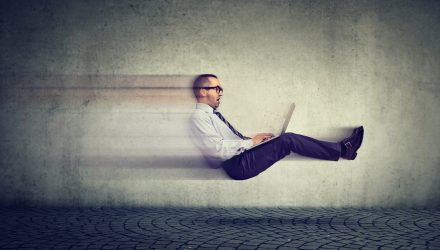 Investors Rush to This Value ETF

Spooked by fears of another uptick in market volatility led by previously high-flying growth stocks, some investors are embracing value fare.

Some investors have been turning to value exchange traded funds, such as the iShares Russell 1000 Value ETF (NYSEArca: IWD), which saw a massive influx of new assets last week.

“The $38 billion iShares Russell 1000 Value ETF, ticker IWD, took in around $1.1 billion last week, the third most since the fund started trading in May 2000,” reports Bloomberg. “And its previous highs were from rebalances in 2007 and 2014 that were part of the annual reconstitution by Russell indexes.”

IWD holds over 700 stocks and like many value strategies, the fund is heavily allocated to the downtrodden financial services sector. That sector accounts for over 22% of the fund’s weight compared to 15.56% for healthcare, the fund’s second-largest sector exposure.