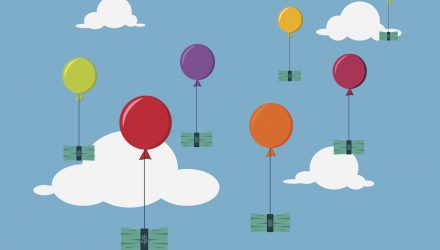 Is Inflation a Threat to Investors Over the Long Run?

For many investors, inflation has been a small- or non-existent—issue for years. The last time U.S. CPI increased by more than 5% in a year was 1990, putting nearly thirty years between investors and the last time that inflation was a moderate concern.

Still, don’t let these low levels fool you: inflation presents a real risk for the investment community, at least over long time frames. In fact, since the U.S. eliminated the gold standard in 1971, the cumulative inflation rate since then has surpassed 500%. To put this in perspective, a dollar in 1971 has the same buying power as roughly six dollars today, underscoring the dramatic impact of inflation over the long haul.

The rate of inflation may, unsurprisingly, have a meaningful reduction for ‘real’ (after-inflation)) values of investments. That may at least be the case for securities that do not have some type of embedded inflation protection to help fight this problem. As you can see in the chart, the impact inflation has historically had on nominal total returns is clearly evident. It has resulted in roughly 52 percentage points of “inflation erosion”, significantly decreasing the “real” investment value on a cumulative basis.