You are at:Home»Smart Beta Channel»How to Trim China Exposure in Emerging Markets ETFs 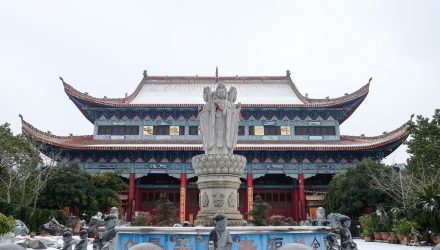 How to Trim China Exposure in Emerging Markets ETFs

Use FNDE to Reduce China Exposure

“For the foreseeable future, it is likely that most broad, market-cap-weighted emerging-markets indexes will have sizable allocations to Chinese stocks,” said Morningstar in a recent note. “Just how much Chinese stocks’ representation in these benchmarks expands (or, potentially contracts) depends on the future growth of the Chinese market and the degree to which China A-shares are included in these funds’ bogies. Both have been moving in a direction that suggests emerging-markets stock indexes will continue to increase their concentration in China.”