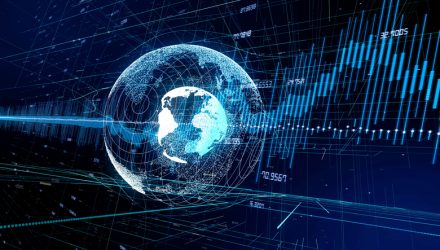 How Low Inflation Can Still Have a Big Impact on Returns

Investors are generally conditioned to believe that a nice, low rate of stable inflation is the best economic environment to hope for. Such a situation potentially allows for easier financial decisions and the ability to better shape future expectations.

That’s part of the reason why many investors seem concerned with the prospect of rising inflation now. Since we have seen such incredible price stability for much of the post-Financial Crisis period, it is a bit of a concern that this might be coming to an end.

However, this may be too simplistic of a look at the issue. What investors really need to do is consider the ‘real yield’ of an investment, or the nominal yield less the rate of inflation. This rate is what investors get after inflation and is arguably a more important metric to focus on when it comes to returns.

From this perspective, historical real yields don’t seem that unfavorable, despite a higher inflation rate. In fact, from early 1953 until the end of 2017, bond investors, on average, were able to pick up a real yield of nearly 2.4%, despite inflation that was nearing 4%. This compares pretty favorably to current real yield metrics. At today’s roughly 2% inflation rate, fixed income investors can expect a paltry 0.33% real yield (as of 12/31/17), a level that is a far cry from historical levels thanks to nominal yields that are below 4%.

Today, in order for investors to achieve a yield similar to what they have been receiving in the past, nominal yields would have to rise to over 4.25%. That is something that still appears to be far away with current yields where they are, and that is assuming that inflation stays steady at 2%.