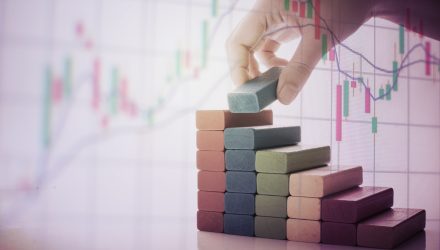 How Low Inflation Can Still Have A Big Impact on Returns

Inflation is often considered a big problem for investors, and rightly so. But it has been in more of a historical context: most assume it hasn’t really been a factor for nearly a generation. One could argue that it has been even longer than that, at least given the yearly inflation readings since 1971, when the U.S. moved off the gold standard.

While this move had a dramatic impact on currency markets, price increases in the U.S. have averaged just 4% (year-over-year) since that time. And once markets calmed down and the Fed got prices under control in the early 1980s, inflation was even lower than that. In fact, over the past 30 years, the average rate of inflation in the U.S. is just 2.6%, and a paltry average of 1.6% since the last recession ended in 2009.

More to the story

But these relatively small numbers are deceptive, as compounded inflation has had a significant impact over long time periods. Since the U.S. dropped the gold standard, the cumulative inflation rate has exceeded 500%, making a dollar from 1971 worth just 14 cents today.

Keep in mind, this largely covers a time frame when inflation was on the back-burner for investors, if not out of their minds entirely. Even with tremendous gains for fixed income and equities over the past few decades, inflation has been a very real menace to investors, betraying the relatively benign yearly increases in the process.

Inflation has been low, but it has still been a high cost to investors. As the charts above show, inflation is, in many ways, the silent killer of portfolios. It can go undetected for years, especially in recent times when no single 12-month time frame had that big of an impact. However, the buildup can be enormous and have an adverse effect on a portfolio.

By no means should investors avoid thinking about inflation, even if it stays relatively low. Its long-term impact should not be ignored and strategies that can fight the pain from rising prices definitely need to be considered for optimal outcomes.

For more on inflation-fighting techniques, make sure to visit our strategy center for additional information.