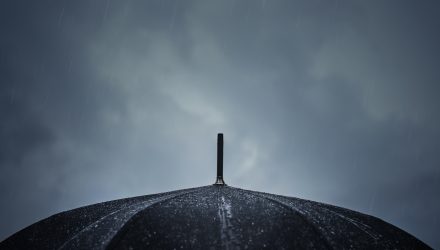 Is Rotating Out of Growth and into Value Really the Best Option?

As volatility continues to rain down on U.S. equities, are investors really better off discarding the growth factor and seeking refuge under an umbrella of value? There are separate camps of analysts who say value is in vogue while others say the growth party isn’t over just yet.

Needless to say, October hasn’t been kind to U.S. stocks as the technology sector, in particular, has been getting trounced with the S&P 500 following the Nasdaq Composite into correction territory last week before pulling itself out in Tuesday morning’s trading session. Still, the flight to value has been readily apparent–take the iShares Russell 1000 Value ETF (NYSEArca: IWD), which saw an influx of investor capital worth $423 million last week, making it the second largest weekly inflow in 2018 and the most since July.

These deep discounts present opportunities in value plays that have been decimated this year, as highlighted by value-oriented hedge funds like David Einhorn’s Greenlight Capital, which was down 25% at the beginning of last month. That soon changed in what’s being deemed as a “Red October” where through last Friday’s trading session, the Dow was down 6.7%, while the S&P 500 and Nasdaq were down 8.8% and 10.9, respectively.

“When momentum starts to flatten out or not continue in its existing incline, value starts making more sense because you can still get the growth by purchasing or investing in equities that basically are on sale,” said Kevin Miller, chief executive officer of Minnesota-based E-Valuator Funds. “That’s why at this point in time value will be a preferred spot to be.”