Fidelity Mutual Fund Re-Invents Itself as an ETF | ETF Trends
You are at:Home»Smart Beta Channel»Fidelity Set to Launch ETFs Based on Legendary Mutual Fund 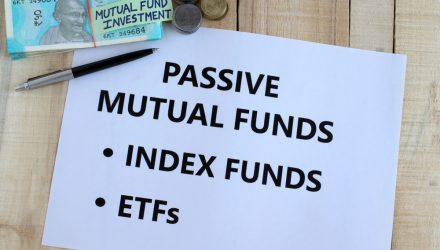 Fidelity Set to Launch ETFs Based on Legendary Mutual Fund

A mainstay in Fidelity Investments’ list of mutual funds, Fidelity Magellan Fund, will see exchange-traded fund (ETF) spin-offs. The fund has been a stellar performer in its heyday, but fees have since swallowed up the fund’s ability to generate a return relative to its ETF peers.

“This fund’s been out there for 57 years and it’s definitely not the fund that it was when Peter Lynch was running it,” Kim Arthur, president and CEO of Main Management, told CNBC’s “ETF Edge.”

“It’s underperformed its benchmarks and … probably most of the underperformance is from the 77-basis-point fee that it charges,” Arthur added.

In the last decade or so, the exchange-traded fund (ETF) has become one of the most popular investment vehicles. An ETF is a type of security that tracks an index, bonds, commodities, currencies, or a mix of various asset classes.

Because it is a type of fund, the ETF is often compared to the mutual fund when weighing the pros and cons of various investment vehicles. Both an ETF and a mutual fund hold a portfolio of investments whether they are stocks, bonds, or other assets.

Furthermore, both fall under the same regulations, depending on the assets that they hold in their portfolios.

Despite some similarities, however, both also have their differences. Below are some key differences between ETFs and mutual funds.

The ETF owns underlying assets and divides ownership of those assets into shares. As such, these shares can be bought and sold on a major exchange.

Furthermore, because of this flexibility, they can be traded intraday. This allows investors to trade them through online or traditional brokers.

Mutual funds shares are bought and sold directly through the mutual fund company, so the actions of other fund investors can affect an individual investor’s tax liability. The tax efficiency of ETFs is discussed

An ETF shareholder is also entitled to income earned through dividends. In the event the fund is liquidated, ETF shareholders may also receive a portion of its residual value, which is the value determined at the end of an asset’s useful life.

Because an ETF can track an index, it can be passively-managed. This translates to lower costs to investors when compared to mutual funds, which are typically actively-managed.

Actively-managed mutual funds carry greater operating costs because they have to pay analysts and other research specialists. The lower costs of ETFs show in their expense ratio, which is the cost to run the fund.

With the aforementioned advantages in today’s market, it could help resurrect the Fidelity Magellan Fund.