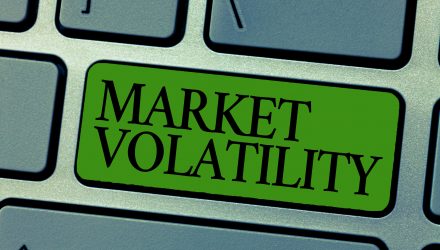 Fed Watch: More Volatility Could Be Ahead for Investors

The capital markets will certainly be watching the Federal Reserve’s every move and more importantly, every word of Fed Chair Jerome Powell, who has a daunting task of unifying the voices of the central bank, but projecting a tone markets want to hear.

Additionally, he’s been feeling the wrath of U.S. President Donald Trump who has been clamoring for more interest rate cuts after the last Fed meeting, which saw a 25-basis point rate snip.

“He’s in a bit of a tough bind. His committee is divided. He’s under a lot of pressure from the president and most importantly, the U.S. data has been relatively resilient, and that doesn’t provide him a tremendous amount of justification to meaningfully ease,” said Mark Cabana, head of U.S. short rate strategy at Bank of America Merrill Lynch.

As far as projecting a positive tone for the markets, that will require some careful weaving of words.

“I think Powell is going to try and thread the needle on how the committee is viewing the outlook,” added Cabana. “He could sound more dovish himself, marginally more concerned, but I don’t think he’s going to feel comfortable committing to ease, and that’s what the market wants to hear. I think the risks are the Fed could disappoint.”

Even with the capital markets begging for more rate cuts to prop up the extended bull run, the data-dependent central bank needs to see more in order to warrant such action.

“They’re sticking to the view that the economy needs to crack before they want to ease. I think that’s the wrong view,” said Michael Gapen, chief U.S. economist at Barclays. Those opposed to a rate cut “appear to be less willing to accept the argument that if they don’t ease, they’re getting tightening,” he said.

Another option is the Vanguard Value Index Fund ETF Shares (NYSEArca: VTV). VTV seeks to track the performance of a benchmark index that measures the investment return of large-capitalization value stocks. The fund employs an indexing investment approach designed to track the performance of the CRSP US Large Cap Value Index, a broadly diversified index predominantly made up of value stocks of large U.S. companies. The advisor attempts to replicate the target index by investing all, or substantially all, of its assets in the stocks that make up the index, holding each stock in approximately the same proportion as its weighting in the index.