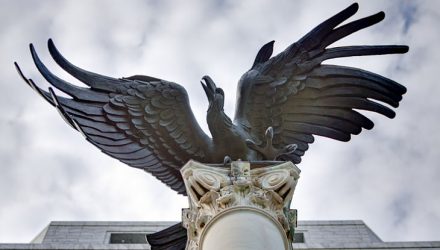 The Federal Reserve hiked interest rates last week for the second time this year, setting the stage for at least one more rate hike before the year is over. Typically, that would be a stumbling block for utilities stocks and dividend exchange traded funds heavy on that high-yielding sector, but that was not the case.

For example, the iShares Select Dividend ETF (NYSEArca: DVY) hit an all-time high last Friday. High-yield dividend stocks and exchange traded funds have been rewarding yield-starved investors for much of this year, but that trade has recently been threatened on concerns that defensive sectors, such consumer staples, telecom and utilities, are overvalued and that the Federal Reserve could raise interest rates again this year.

DVY, one of the largest U.S. dividend ETFs, allocates over 30% of its weight to utilities stocks. Utilities, one of the smallest sector allocations in the S&P 500, is also one of the least volatile. However, those favorable traits do not come free. As previously mentioned, utilities are highly sensitive to interest rates. Additionally, the sector often trades at a premium to the broader market due to its high yield and defensive traits.

Downside risk is that utilities stocks are trading at frothy valuations, prompting some concern by market observers over how long the defensive rally can last. The utilities sector is trading at heightened valuations after investors plunged into the defensive play in search of yield and safety in an environment of historically low yields, slow growth and geopolitical uncertainty.