You are at:Home»Smart Beta Channel»Europe Taking Advantage of Yield Curve with 4 New ETFs 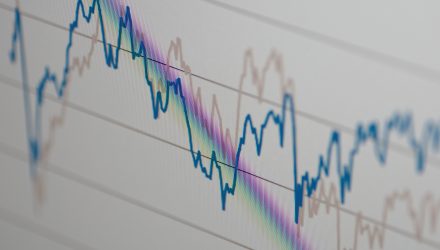 Per a press release:

Each of the four new ETFs – which the company says are the first of their kind in Europe – is designed to help investors express their views on expected changes in the shape of the US Treasury and German Bund yield curves, two key benchmarks for interest rates.

Against the backdrop of increasing global economic uncertainty and with all eyes on future central bank action, the new funds provide investors with innovative tools to take a stance on crucial drivers of financial markets.

Due to the high multiplier effect of these funds, they are aimed at professional investors with good knowledge and experience of financial markets, and best held for short to medium term periods.

The Lyxor US Curve Steepening 2-10 UCITS ETF, already listed on the London Stock Exchange at the beginning of August, allows investors to potentially profit from an increase in the yield differential between 2Y and 10Y US Treasuries, known as a ‘steepening’ of the yield curve, within a simple and transparent ETF vehicle. Government bond yield curves tend to steepen at a time when markets anticipate increased monetary policy support from central banks.

Philippe Baché, Head of Fixed Income ETFs at Lyxo, saysr: “Our priority is making sure that investors have all the tools they need to invest in these ever-changing markets. Views on the direction of interest rates differ among investors, and our innovative ETFs allow them to express their beliefs on the future shape of benchmark yield curve.”