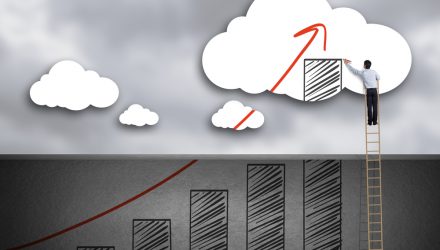 As the ETF space continues to grow, cost is one way providers can differentiate themselves from the competition. One fund, the Xtrackers MSCI Emerging Markets ESG Leaders Equity ETF (EMSG), gives investors emerging markets and environmental, social, and governance (ESG) exposure at a low 0.20% expense ratio.

That expense ratio comes in at 33 basis points below its competition. EMSG seeks investment results that correspond generally to the performance, before fees and expenses, of the MSCI Emerging Markets ESG Leaders Index.

The fund will invest at least 80% of its total assets (but typically far more) in component securities (including depositary receipts in respect of such securities) of the underlying index. EMSG has churned out a 30% gain within the past year:

A Chip On EMSG’s Shoulder

Part of the fund’s strong performance has to do with one of its top holdings. In fact, it constitutes a majority of the fund at a 12.4% weighting. Taiwan Semiconductor Manufacturing is up 120% within the last 12 months.

“It’s good to be king, particularly when other kingdoms are struggling,” a Wall Street Journal article said. “Taiwan Semiconductor Manufacturing Co., the world’s largest contract chip maker, is benefiting from a combination of surging demand, struggling competitors and top-notch technology. And it’s betting big on the future to keep that edge.”

“TSMC just logged another bumper quarter: Net profit for the three months ended in December rose 23% from a year earlier,” the article added. “That brought full-year profit to a record $17.6 billion, a 50% increase from 2019.”

“Strong demand has helped TSMC, which makes chips for companies like Apple and Nvidia,” the article said further. “Stay-at-home demand has led to a boom in personal computers and servers used in data centers. Also, 5G smartphones and base stations added to chip demand.”

‘”TSMC has also sailed smoothly through the Trump administration’s ban on Huawei, previously an important customer,” the article added. “China only accounted for 6% of TSMC’s revenue last quarter, compared with 22% a year earlier. Orders from Apple and Taiwanese chip company MediaTek, which supplies many Chinese smartphone makers, probably helped to offset the blow.”