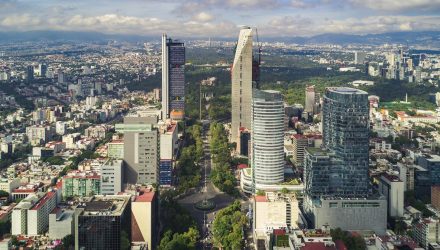 PACA debuted soon after national elections in Brazil that saw Jair Bolsonaro win the presidency there. Bolsonaro is inheriting a bevy of problems he must address during the course of his presidency and the faith of Brazil’s populace will hinge upon his success. Of course, Bolsonario’s biggest task is to help extract the country from its current economic doldrums, but his election is perceived by market experts as one that leans toward the benefit of the country’s capital markets.

PACA’s hefty Mexico exposure could prove advantageous as stocks there rebound following a new NAFTA deal with the U.S. and Canada.