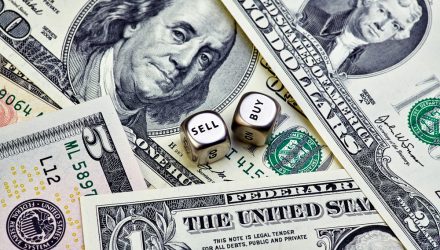 Down, But Not Out: Greenback Still World’s Currency

Cash is still king and right now from a global perspective, it’s still the U.S. dollar that reigns as the world’s currency. While gold has been winning more fans versus the dollar in 2020 amid the Covid-19 pandemic, the greenback is still viewed as the first option.

“The US dollar’s slide during the coronavirus crisis has provoked much angst about the future of the currency,” a Financial Times article said. “Some have argued that its roughly 6 percent drop on a trade-weighted basis since April is just the start of a much sharper collapse in the currency’s value, one akin to the 1970s and 1980s when it fell more than 30 percent. Others have made a bolder claim: the dollar’s status as the world’s reserve currency is in peril. But according to Adam Slater, lead economist at Oxford Economics, such fears are overblown. Not only is further depreciation likely to be limited, but the currency’s standing as the world’s currency of choice is secure.”

“There have been quite a lot of dollar corrections over the last 20 years or so, and it seems like almost every time this happens we get the same stories [asking]if this could be the beginning of the end of the dollar,” said Mr Slater. “But the facts refuse to change on the ground.”

Conversely, an alternate way to play a weaker dollar is via gold, which typically moves opposite of the U.S. dollar. Investors can use gold-backed funds via the SPDR Gold Shares (NYSEArca: GLD).