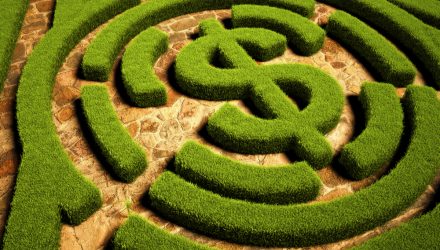 Currency Hedging: Has Anything Changed?

Up until February of this year, it had been an impressive period of risk-adjusted returns for investors. For U.S. investors’ allocations to international equities, the experience was even more favorable for those who had elected to currency hedge their positions (see Figure 1). Over the past two years, from 3/13/19 to 3/12/20, the MSCI Europe, Australia, and the Far East (EAFE) Hedged Index was down -15.12% while the MSCI EAFE Unhedged Index was down -17.87%.

However, a couple of interesting dynamics have played out since mid-February. Referencing our currency hedging framework (see Pythagoras says hedge), we can take a more nuanced view on how market dynamics have or haven’t changed when deciding whether to potentially hedge currency risk in international equities.

An important reminder of the currency hedging framework:

In terms of currency spot returns, following the sharp rebound EAFE currencies (roughly 30% Euro, 25% Japanese yen, 15% Great British pound) in February (see Figure 2), the currency basket as a whole is down just 1.15% over the past two years.

In terms of aggregate returns, currency carry has been a very compelling reason as to why investors have been rewarded by currency hedging their EAFE equities (see Currency carry matters). While the differential between U.S. interest rates and, for example, European interest rates (see Figure 3) has narrowed, there still remains a positive carry for investors being hedged.

Currency carry, in fact, might be responsible for some of the interesting dynamics that have played out in currencies, especially in the beginning periods of the market correction. While the Japanese yen has more often than not acted as a defensive currency in historical periods of market weakness, the strength of the Euro relative to the U.S. dollar has often moved in tandem with broader market strength. In late February (see Figure 4), however, we experienced a significant rally in the Euro even as global equity markets sold off. This gives credence to the narrative that a general de-risking of portfolios exacerbated the moves in markets. In this case, given the rally in U.S. interest rates relative to European interest rates, it is possible that this Euro rally was driven in part by an unwind of the U.S. dollar-Euro carry trade that became popular during a period of low volatility across currencies.

Volatility of equities and currencies and correlations

In our framework, volatilities and correlations are intrinsically linked. Without overcomplicating it, we can use the volatilities of the local equity market and the corresponding currency basket to determine what level of correlation between the two would make us indifferent to hedging or not hedging currency risk, at least in terms of volatility. Simply, if the correlation is below the breakeven level derived from the formula, we should remain unhedged. If the correlation is above the breakeven level, hedging the currency is the less risky or volatile option.

In general, the historical correlation breakeven level hovers around -0.25, depending on the volatilities of equities relative to currencies. Thus, the realized correlation between the two hasn’t been negative enough to justify being unhedged—or said otherwise, keeping both equity and currency risk. During this most recent bout of volatility, however, because of the carry unwind mentioned earlier, the correlation between the currencies and the equities became sufficiently negative as to justify being unhedged, if only temporarily.

In conclusion, we would advocate to avoid recency bias in determining whether it makes sense to hedge currency risk or to remain unhedged when investing in international markets. In some cases, peculiar market dynamics can provoke more thoughtfulness or help investors fall back on their processes. In this particular case, investors should make this decision by balancing: 1. Spot currency returns, 2. Positive, albeit reduced, currency carry 3. Increased levels of volatility both in equities and currencies and 4. Whether more recent strongly negative correlations are persistent.