You are at:Home»Smart Beta Channel»Correlations – Where High Yield Meets the S&P 500 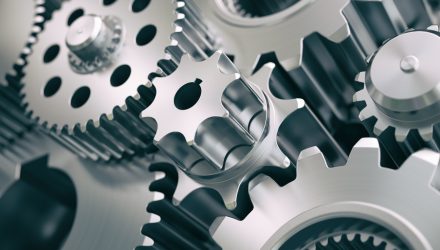 It’s obvious when you think about it. The number of companies that have their shares included as part of the S&P 500, and their bonds included as part of the high yield universe, is pretty small. I made it just 46 names. And of course it makes sense that, as some of the largest and most well established companies in the US, the components of the S&P are unlikely to be those same firms that achieve mere junk ratings on their debt issuance.

And yet for something so obvious, it doesn’t seem, at least to us, to have been that well discussed. The industry often talks about the equity-like nature of the high yield bond universe. And it often talks about the low correlation between high yield bonds and stocks (around 0.42 if you use two years of daily returns) but, now that we know that there are less than 10% of companies in the S&P that are also in one of the major high yield exchange traded funds (ETFs) (HYLB, one of our funds that tracks the Solactive USD High Yield Corporates Total Market Index), perhaps the real question is, why is the correlation so high? After all, we are talking about two universes with very low overlaps.

Of course it’s always hard to tease out rationales for observed correlations. The numbers are simply what the numbers are, and applying a rationale to correlation runs the risk of spuriously inventing a story where none exists. That said, let me immediately run afoul of that risk by suggesting that to the extent an investor moves away from the blue chip nature of the S&P 500 by shifting to smaller, less credit-worthy companies, they also move higher up the capital structure by switching from equities to bonds. However, rationalizing the correlation aside, the main point of interest from all this is simply that, as well as diversifying across asset class when you add corporate debt to an equity portfolio, critically, it’s also a very different universe of companies that investors are gaining exposure to. That fact in isolation surely has to be a good thing.

So much for that facet of High Yield, let me switch direction now and discuss a fascinating feature of high yield that our Global Markets team discussed shortly after the early February spike in the Volatility Index (VIX). They noted that there has been a historically tight relationship between volatility (equity, bond, and foreign exchange (FX)), and credit spreads.