You are at:Home»Smart Beta Channel»Corporate capex must pivot to align with climate goals 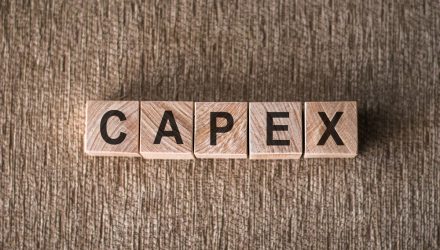 Corporate capex must pivot to align with climate goals

Five years ago, the Paris climate agreement was signed. At the time, Climate Action Tracker found that existing policies put the world on track to be 3.6°C hotter by 2100 compared to pre-industrial times.[1] While many countries pledged to strengthen policies it was estimated that these efforts would still result in a (detrimental) increase of 2.7°C.[2]

However, as 2020 draws to a close, China has committed to carbon neutrality by 2060 while U.S. president-elect Biden has pledged to rejoin the Paris agreement. In addition, 127 countries representing 63% of emissions are considering or have adopted net-zero carbon targets, including the European Union (EU), South Africa, Japan, South Korea and Canada. Now, an optimistic assessment puts the world on track for 2.1°C of heating, bringing the Paris agreement’s “below 1.5°C” goal within reach. This bodes well for the 2021 climate summit taking place in the UK.

Capital expenditures (capex) can be used as a rough proxy to measure whether climate commitments are on track. The Climate Policy Initiative estimates $579 billion of climate finance was undertaken by development banks, financial institutions, governments and households with corporates investing 183 billion dollars.[3]

In comparison, our Chart of the Week looks at all capex from the largest ~900 companies in 2019. A DWS analysis found that out of the total of $2 trillion capex, the 150 companies with the highest climate risks undertook $651 billion in capex with an economic life of roughly 22 years, which endangers the climate and escalates stranded-asset risk as policies inevitably become stronger. While the pandemic-induced collapse in oil demand has led listed oil companies to cancel more than $54 billion in projects[4] and some European energy companies are committing to net-zero carbon targets, analysis shows that none are yet aligned.[5]

Through Climate Action 100+, 545 investors (including DWS) with $52 trillion in assets under management are engaging with major companies.[6] Starting in 2021, some 160 companies will be publicly assessed based on their emission reductions, capex, governance, disclosures and lobbying. Investors have a key role to help all corporates redirect as much of their capex as possible toward the ~$4 trillion per year capex needed for a renewable and resource-efficient society.[7]

This information is subject to change at any time, based upon economic, market and other considerations and should not be construed as a recommendation. Past performance is not indicative of future returns. Forecasts are based on assumptions, estimates, opinions and hypothetical models that may prove to be incorrect.
DWS Investment GmbH as of 12/8/20
R-080266-1 (12/20)