You are at:Home»Smart Beta Channel»China Goes on Sale – One Potentially Good Outcome from the Trade Wars 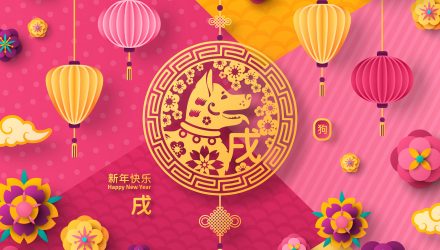 Here at DWS we are inveterate China watchers. We have long argued that the world’s second largest economy, and one of its largest stock markets, deserves consideration as a long-run, strategic holding in a well-diversified portfolio of a U.S. investor. Alongside its burgeoning middle class, and attractive long run growth potential, its low correlation to the U.S. is also a good thing, in our view, and may normalize as flows, into what was previously an effectively closed capital market, continue.

I won’t remake those arguments here, but instead want to touch on a couple of aspects of Chinese equity markets that are worth comment in this turbulent year to date.

MSCI Inclusion – The plumbing works, so turn on the taps

2018 was the year in which MSCI, one of the largest index providers in the world, began to include Chinese A-shares (the onshore, Yuan-denominated shares of Chinese companies, traded in Shanghai and Shenzhen) in some of their indices. Of course, this decision was well-heralded and followed a thorough consultation with key market participants. What is interesting is that they have recently announced, with the second tranche of inclusion having finished still quite recently, that they are planning to run another consultation on upping the inclusion factor.

To date, the total inclusion has been 5% of the Chinese market, but now MSCI wants to hear from the industry whether that should be taken up to 20% by 2020 (some in 2019, some the following year). Having very sensibly given managers who track their indexes time to get their infrastructure in place, and apparently not having seen too many issues, the suggestion now is should China’s A-share weight increase apace?

We welcome both the increase in inclusion factor, and the continued signal of intent that the consultation demonstrates. One day soon(ish), we believe China will take its rightful place as a fully included country in major indexes, and both investors and companies could benefit from this deepening of capital markets (the former through a broader choice of investments, the latter via broader shareholder bases).

Trade Wars – Is the market overreacting, is that a good thing?

Plenty of column inches have been devoted to trade wars this year, so we won’t rehash the economics (or politics!) of that issue. Perhaps I’ll note in passing, as a former economist and trader that tariffs in general can be thought of as throwing sand in the cogs of the usually well-oiled global trade machine. And, further, that both the potential deadweight loss (remember your Econ 101?) from their imposition, and the irony that their cost is likely to – at least partly – fall on U.S. consumers is not lost on those weaned on comparative advantage and free markets.

However, putting the econ text aside for one second, there are arguably two reasons why U.S. investors might actually be quite glad about the impact that the trade debate has had on the Chinese stock market this year.

The first is a fact that we have struggled to reconcile here – that the Chinese market (as measured by the CSI 300, effectively the Chinese S&P 500) is down around -22% YTD but that, according to FactSet, only 2% of the revenue of the market is derived from the U.S. If “back of the envelope” math would initially suggest that even if Chinese companies were to stop selling to the U.S. entirely, that could only impact Sales by 2%, then why the far larger sell off? Well one obvious answer is that the selloff is presaging not only the hit to this year’s sales, but also those in future years, implying that the market thinks this has a long way to run.