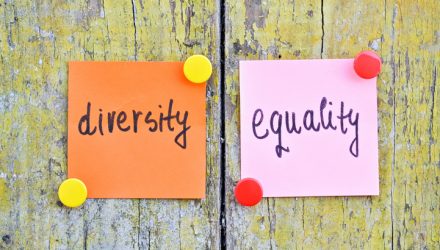 The Case for the Gender Diversity ETF

In recent years, issuers of exchange traded funds have introduced an array of products linked to environmental, social and governance (ESG) investing principles. One of the most successful funds from that group is the SPDR Gender Diversity Index ETF (NYSEArca: SHE).

SHE, which debuted in March 2016, now has more than $367 million in assets under management and is up nearly 17% year-to-date. SHE seeks to track the performance of the SSGA Gender Diversity Index, which comprises listed U.S. large capitalization companies with the highest levels within their sectors of gender diversity on their boards of directors and in their senior leadership.

SHE “aims to provide similar returns to the overall market, while also promoting gender diversity. It tracks an SSGA-created index that selects stocks from the 1,000 largest U.S. companies, depending on the gender diversity of their boards and senior leadership,” reports Gerrard Cowan for the Wall Street Journal.