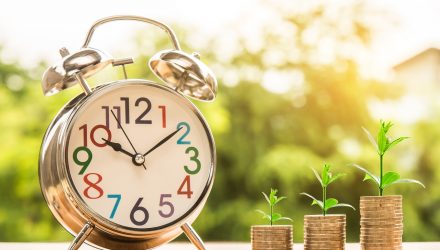 The Benefits of Buyback ETFs as Markets Turnaround

The recent market correction is a short-term event as the earnings season should support further strength in the equity markets, especially with continued share buybacks bolstering prices. Investors can also target the buyback theme through a targeted exchange traded fund strategy.

According to J.P. Morgan strategists, the mini-correction was driven by technical factors and should reserves as we proceed through the earnings season, and share buybacks in particular could help reverse the downtrend, CNBC reports.

“Ultimately, the evolution of fundamentals rather than technicals will dictate the duration and end of this cycle,” Dubravko Lakos-Bujas, head of U.S. equity strategy at J.P. Morgan, said in a note. “Tame inflation combined with a still positive earnings backdrop and non-inflationary growth should allow this bull market to run for longer.”

The strategist also cited other factors that could contribute to a turnaround, such as a generally stronger profit outlook, a decline in volatility and current bearish positioning that will reverse as confidence returns.

Lakos-Bujas predicts that the technical-driven sell-off is about 80% done with, despite the Thursday selling that was triggered by minutes from the most recent Federal Reserve meeting that indicated the central bankers remain on pace for rate hikes ahead.

Supporting a rosier outlook, J.P. Morgan argued that companies will buy back upwards of $1 trillion of their own shares this year, partly due to last year’s tax reforms, which cut corporate tax rates and provided greater incentives to repatriate overseas cash hoards. Buybacks will improve market liquidity and inspire confidence about the overall market picture, the Wall Street bank added.