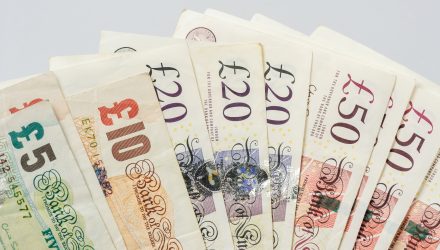 A Broad-Based International ETF for 2018

The dollar is coming off a dreadful performance in 2017, but that could be a sign the U.S. currency is poised to rebound in 2018. Should that happen, currency hedged exchange traded funds could once again deliver for investors.

An idea to consider for broad-based international exposure with the currency hedged advantage is the Deutsche X-trackers MSCI All World ex US Hedged Equity ETF (NYSEArca: DBAW). DBAW provides broad market exposure by following a market cap-weighted index of international stocks, excluding U.S. exposure and hedging against depreciation in the underlying currencies against the U.S. dollar.

Even with the dollar’s 2017 struggles, DBAW gained almost 17% last year. DBAW, which turns four this month, tracks the MSCI ACWI ex USA US Dollar Hedged Index. That benchmark “is designed to provide exposure to equity securities in developed and emerging stock markets (excluding the U.S.), while at the same time mitigating exposure to fluctuations between the value of the U.S. dollar and selected non-U.S. Currencies,” according to Deutsche Asset Management.

Foreign exchange currency fluctuations are a significant driver of international investment risks, but it is one factor that investors can get a handle on. According to Deutsche Asset Management, from 1973 through 2016, leaving in currency exposure to an MSCI EAFE investment resulted in volatility on average 2.7 percentage points higher 91% of the time.

DBAW, which has almost $136 million in assets under management, holds over 1,700 stocks. Japan and the U.K. combine for over 28% of the ETF’s geographic exposure while Canada, France and Germany combine for about 20%.